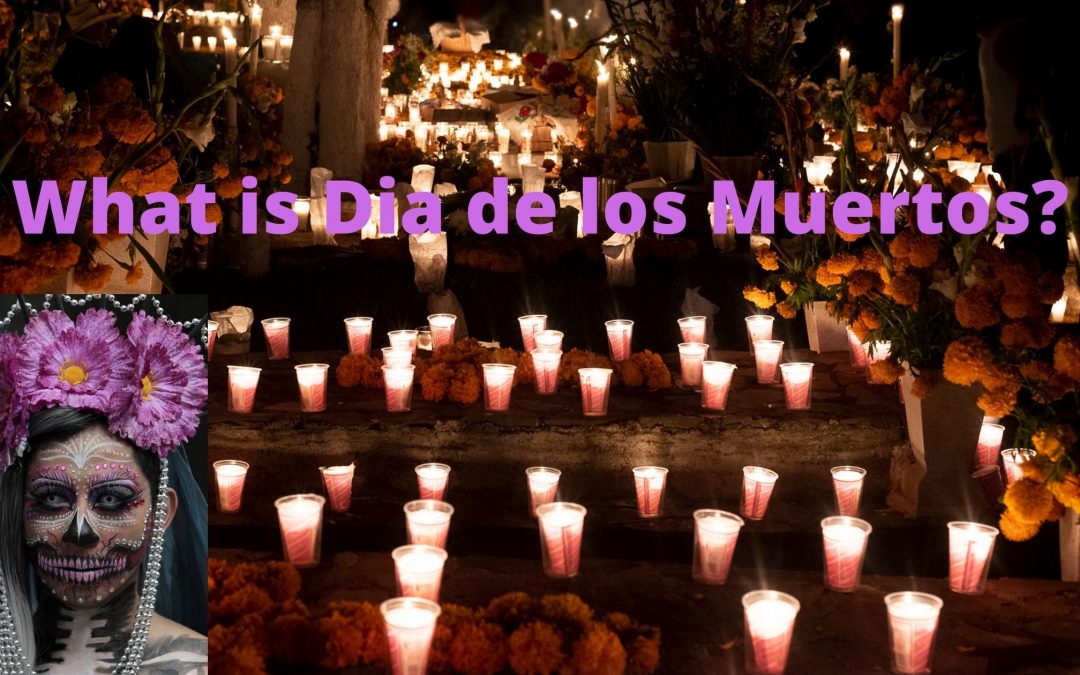 The beginning of November is a time commemorated in many parts of the world with the holiest of festivals: All Hallows Eve; Sumhain; All Saints Day; Dia de los Muertos.  Autumn is a magical time of rest and regeneration…when the portals of the otherworld are gossamer thin, allowing the passage of spirits, whether they be in the forms of faeries, goddesses, gods or witches.  All of the festivals inspire awe, but maybe none quite like Dia de los Muertos, translated as ‘Day of the Dead’. 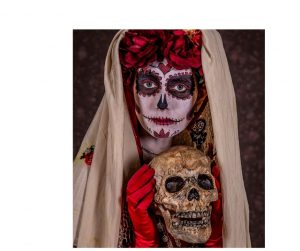 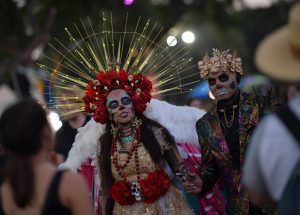 For many of us in western civilization, this surreal juxtaposition of the macabre with the beautiful transfixes our brains.  But these visuals are shocking for a reason — Shock encourages attention, which in turn engages curiosity to ponder its meaning.  Dia de los Muertos, reminds us that Death does not mean the end of life because death is part of the natural cycle.

And what better time to celebrate this than the season when the canopy is in transition, shedding its leaves to death and dissolution — the natural world’s reminder that everything perishes, that all on this earth is finite.  The fallen leaves compost to fertile soil to enable the tree’s thriving to once again recompose the vibrancy of leaves in the spring as a reemergence.

Dia de los Muertos celebrates that cyclicality; it is believed our love ones return to us if we call to them.  In Mexico, a month before November, church bells begin ringing to wake up the spirits for their return to their families and friends.  The bells also toll to remind the living of the sacredness of this time.  The celebrants wear shells on clothes so when they dance, they will wake up the dead for their return to them.  Wake up! Wake up for your Festivities! 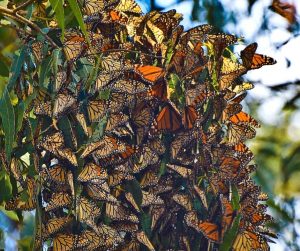 And then…in the beginning of November, monarch butterflies
return to the mountains in Mexico…..
by the millions. 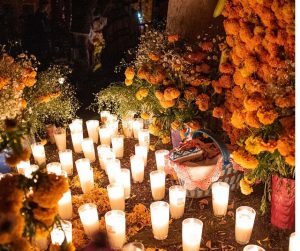 Altars are prepared for the arrival of dead friends and family, opulently decorated with marigolds, strewn as guides and paths from the cemetery to the family’s home.  As further encouragement, photos of the beloved are displayed.

Ribbons, candles, salt, water, candles and trinkets are added along with oranges bananas and papayas. Favorite foods and drink of the departed are further inducements to join the party. And always there is water for the traveling butterflies. 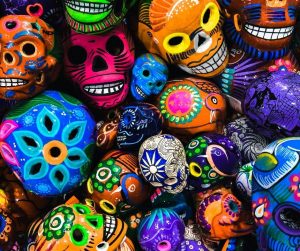 …as well as the joy of life, the joy of death and the joy of the knowledge of the return of the people they once knew and loved.  Dia de los Muertos  is the day to remember their lives and the impact they had upon us…we keep them alive in our hearts and memories

Of course, among the costumes, winged monarch costumes are favorites. 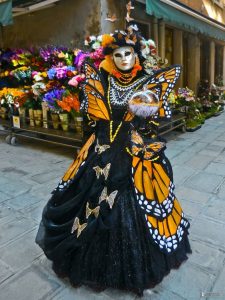 What an incredible festivity to allow time for memories to ooze over us as all is carefully prepared to honor and celebrate the existence of those who have been so important to us.